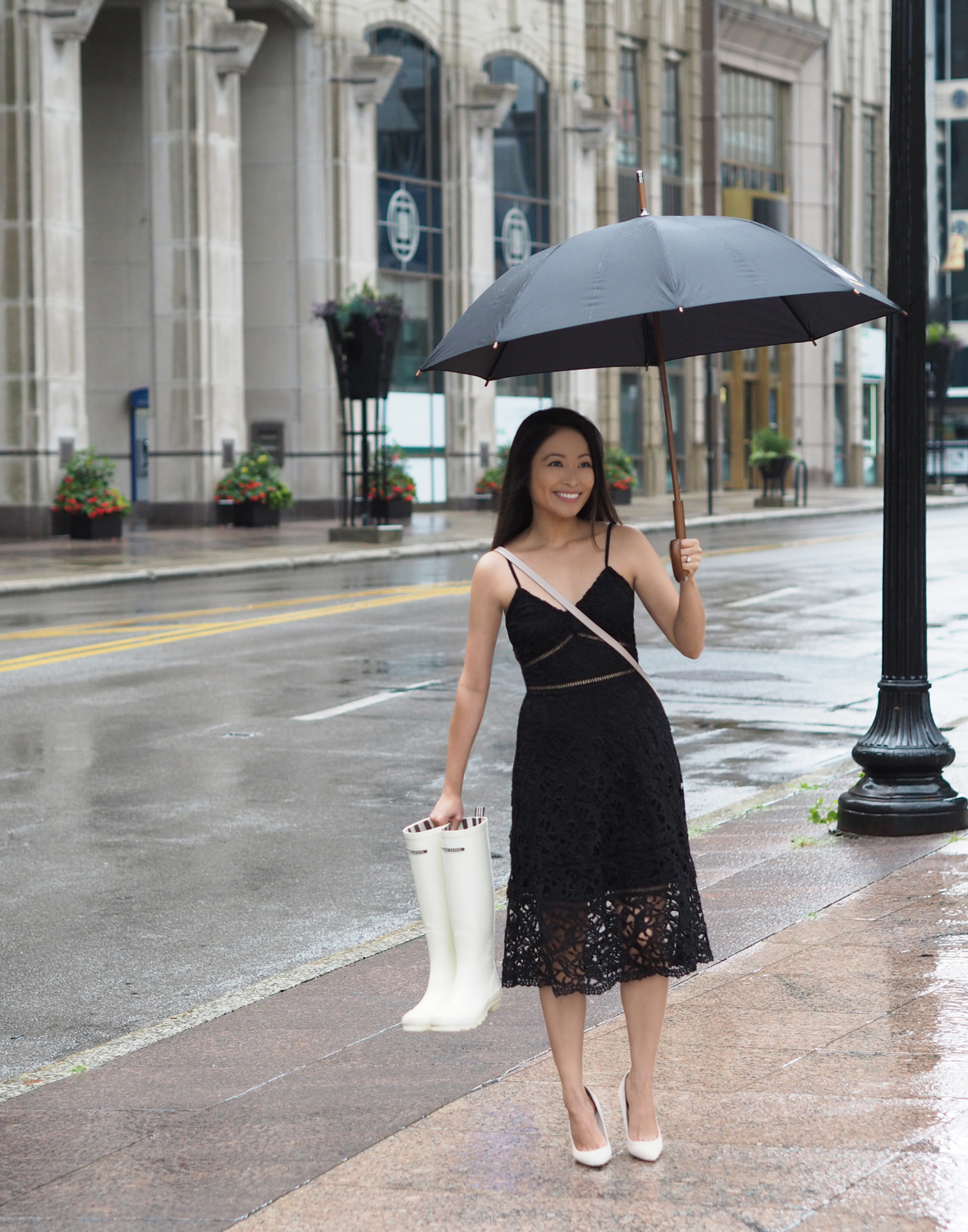 
In between all our leisure travels, hubby and I have also been traveling for work. For two weeks, he's been in Columbus and in true fashion [pun intended] I didn't hesitate to tag along. Columbus is the capital of Ohio and home of THE Ohio State University, buckeyes and [ahem!] former head coach of the Florida Gators, Urban Meyer [GO GATORS! Trust me it's a divided household]. Although the weather may not have been optimum, it didn't stop us from galavanting and of course I was fully equipped with my rain boots! 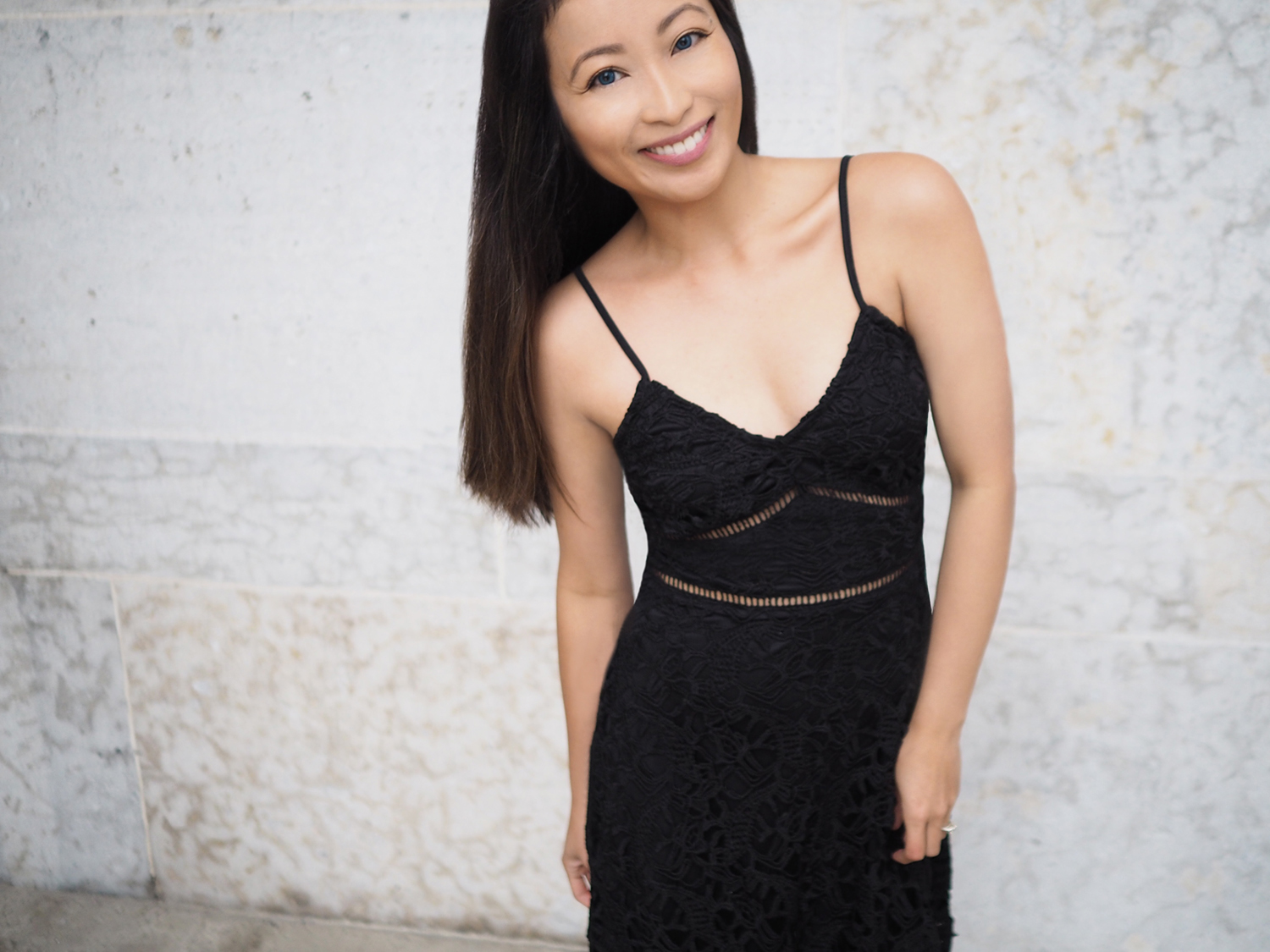 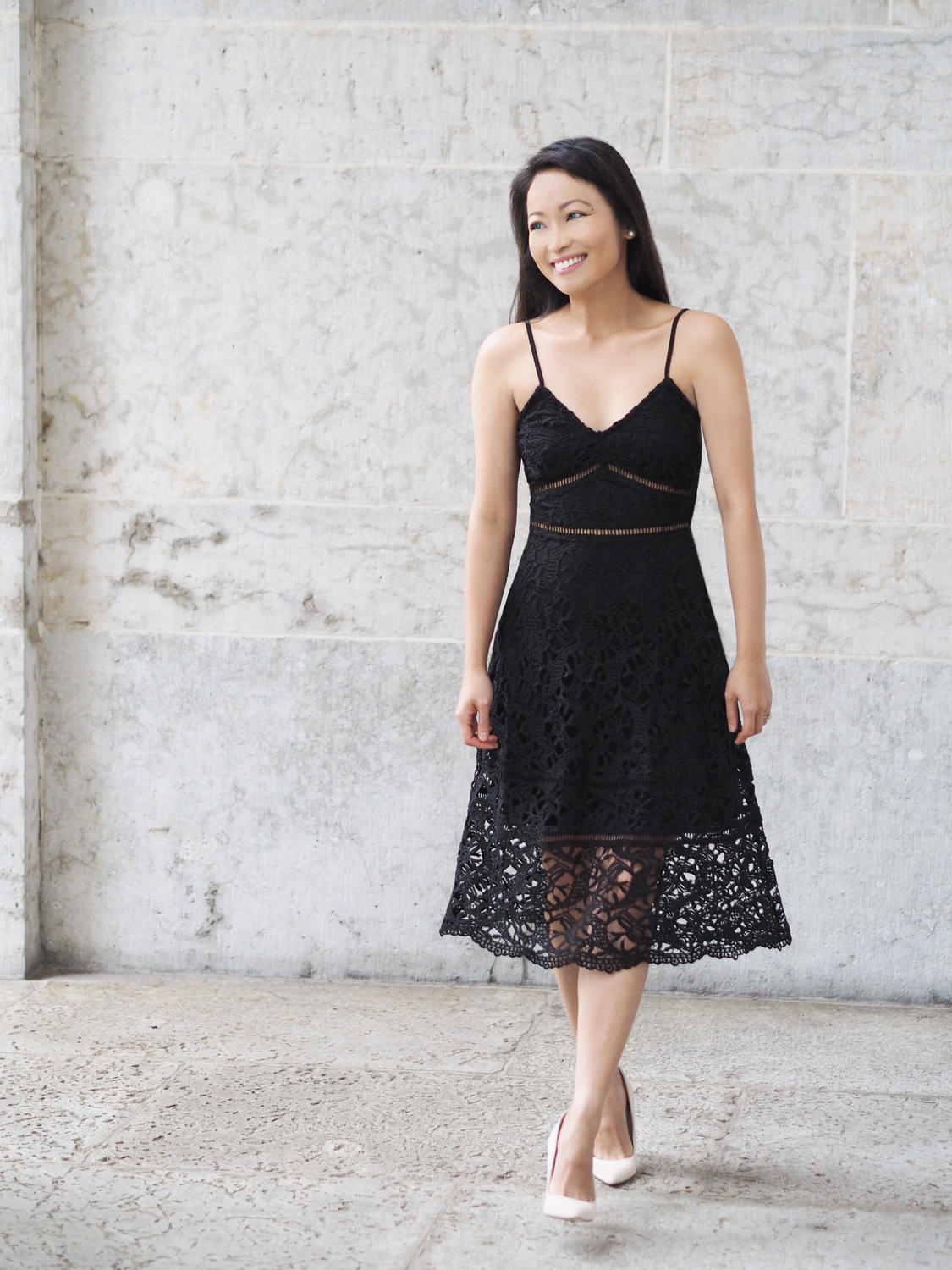 
The pictures in the black lace dress were all taken from the beautiful capital building. We stayed at the Sheraton across the street and was able to see the amazing view of the grounds from the 22nd floor lounge and gym. This lace stitch dress is on sale for less than $50 [more than 50% off]. I always love the fit and flare style because it is so flattering! The quality and detail of the fabric lace makes this purchase even more irresistible. It also has a soft lining so you don't have to worry about getting a slip. The dress does run small, even though the material is stretchy, I would still size up. 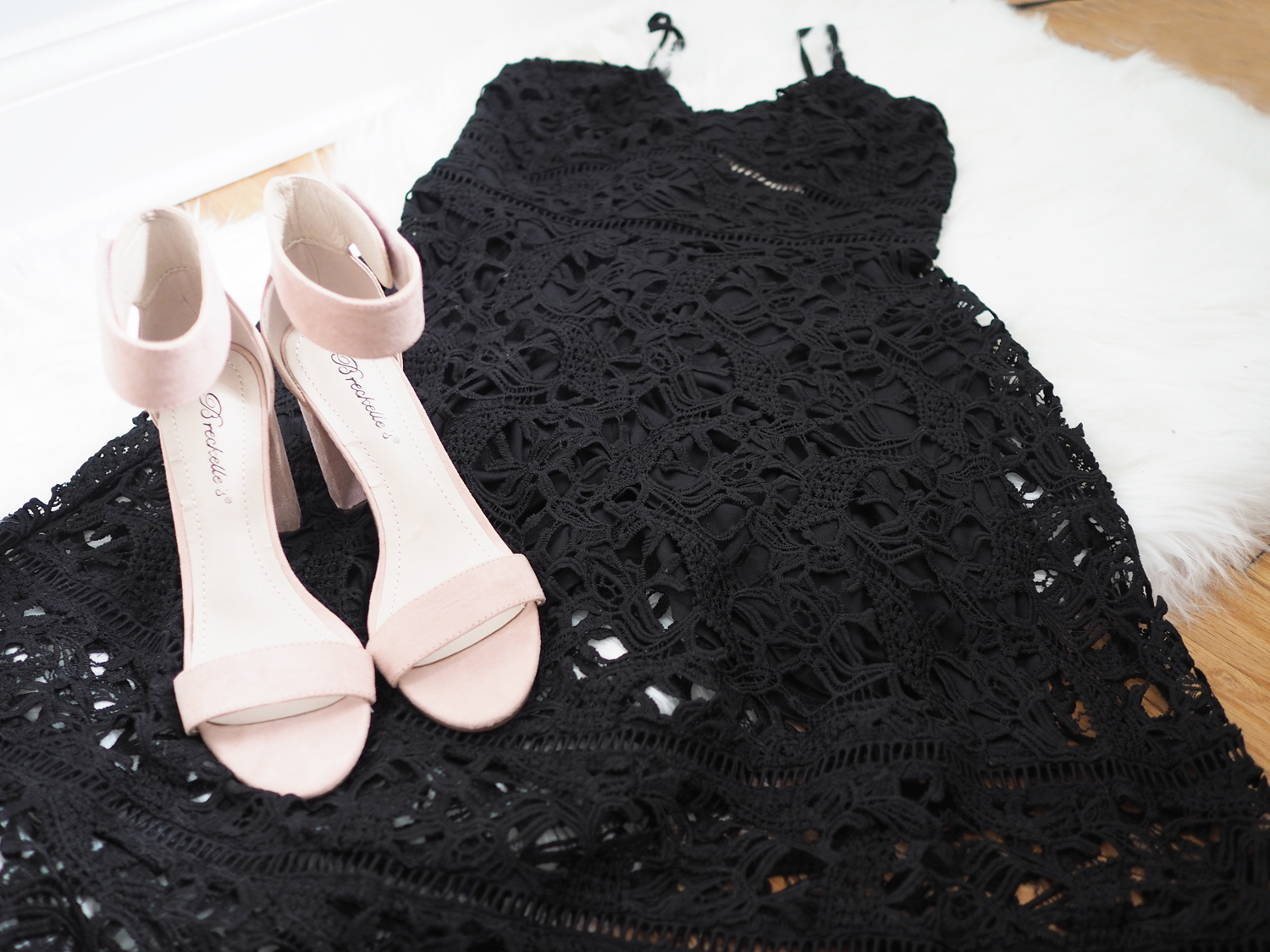 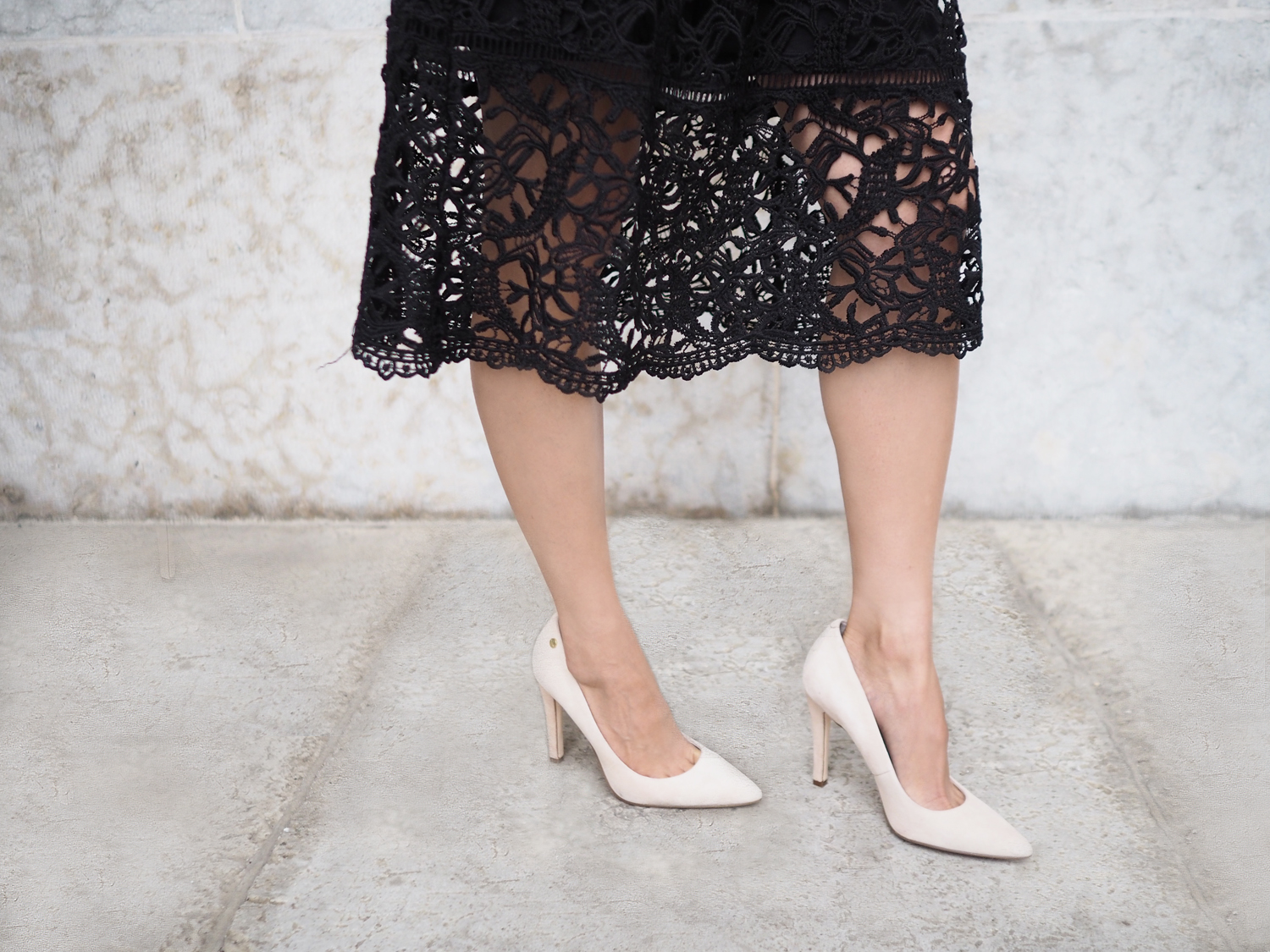 I debated about which shoes I was going to pair this gorgeous dress with and in the end the Calvin Klein heels won. I wanted a more mature and professional look in honor of being in the capital city. The Breckelle's sandals are amazing too - also suede - and I would wear it to a casual brunch with the girls. 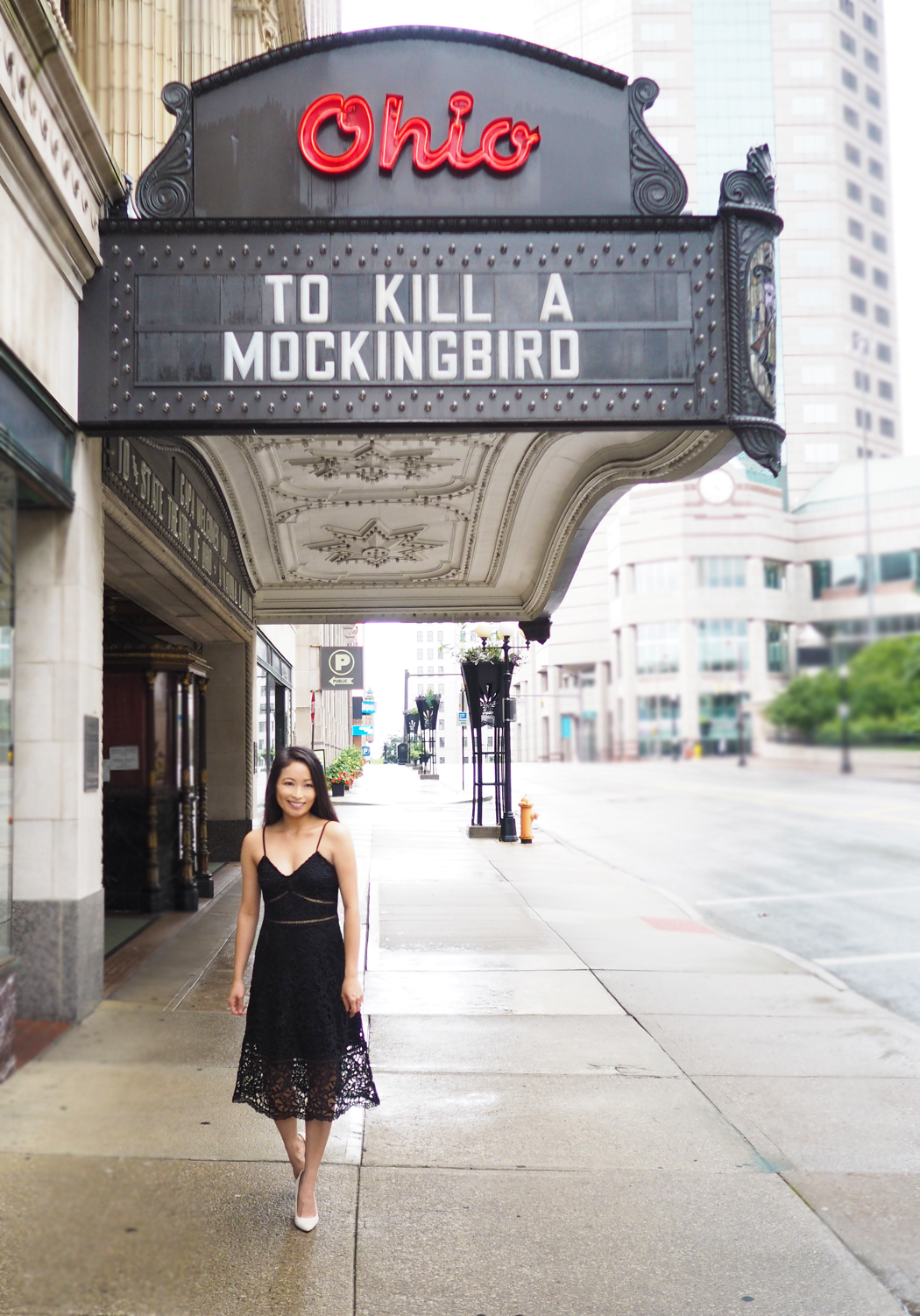 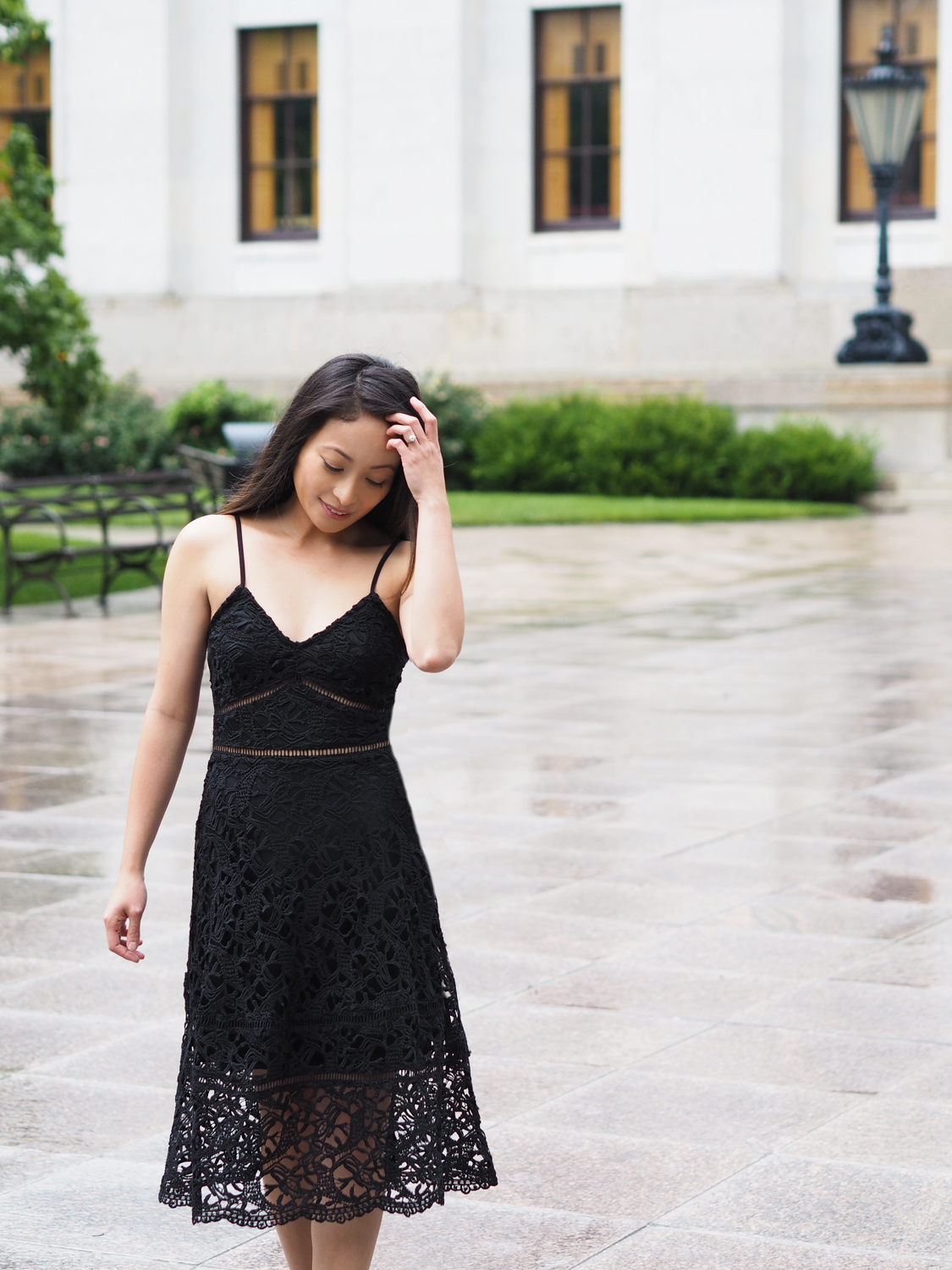 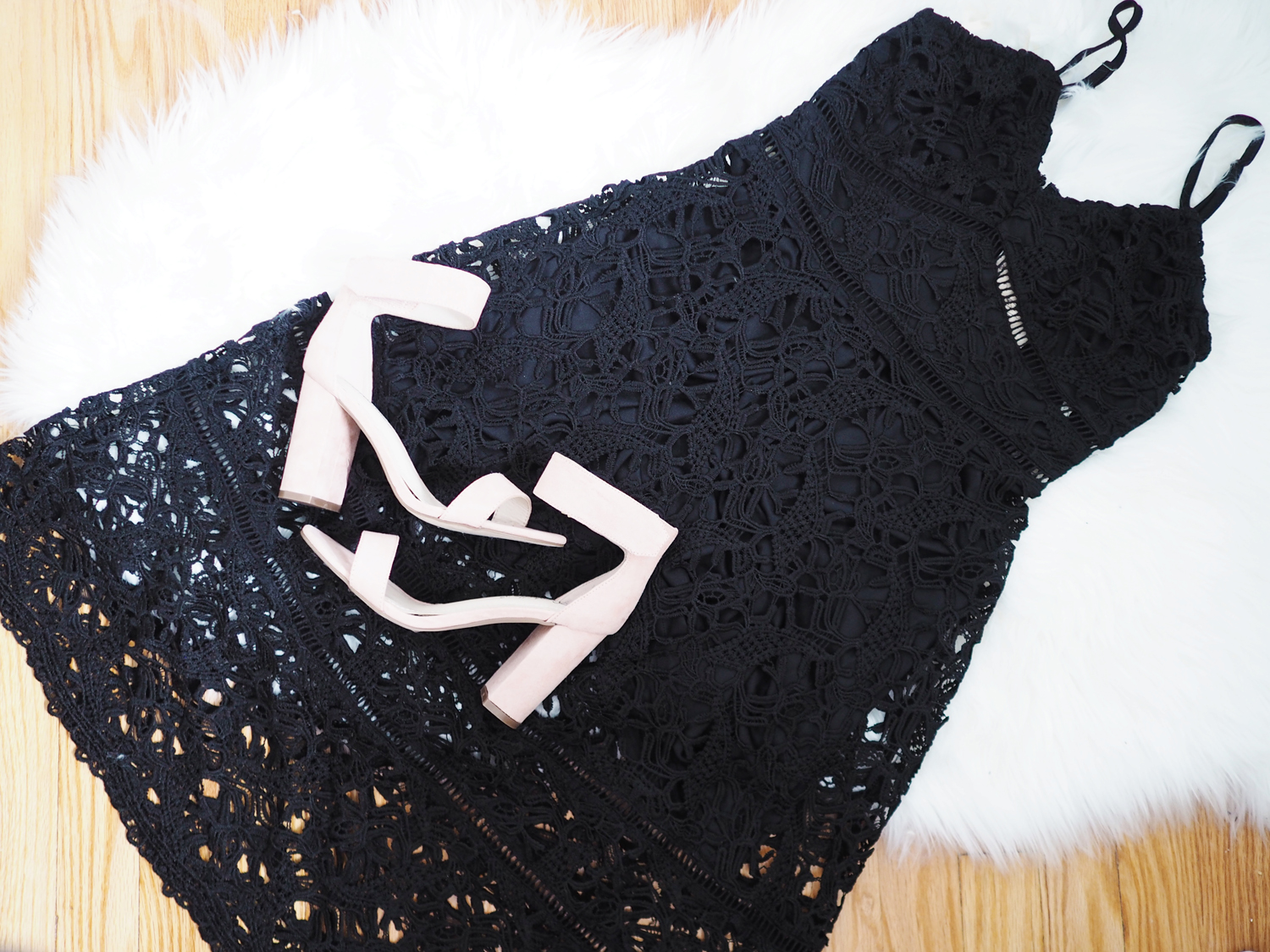 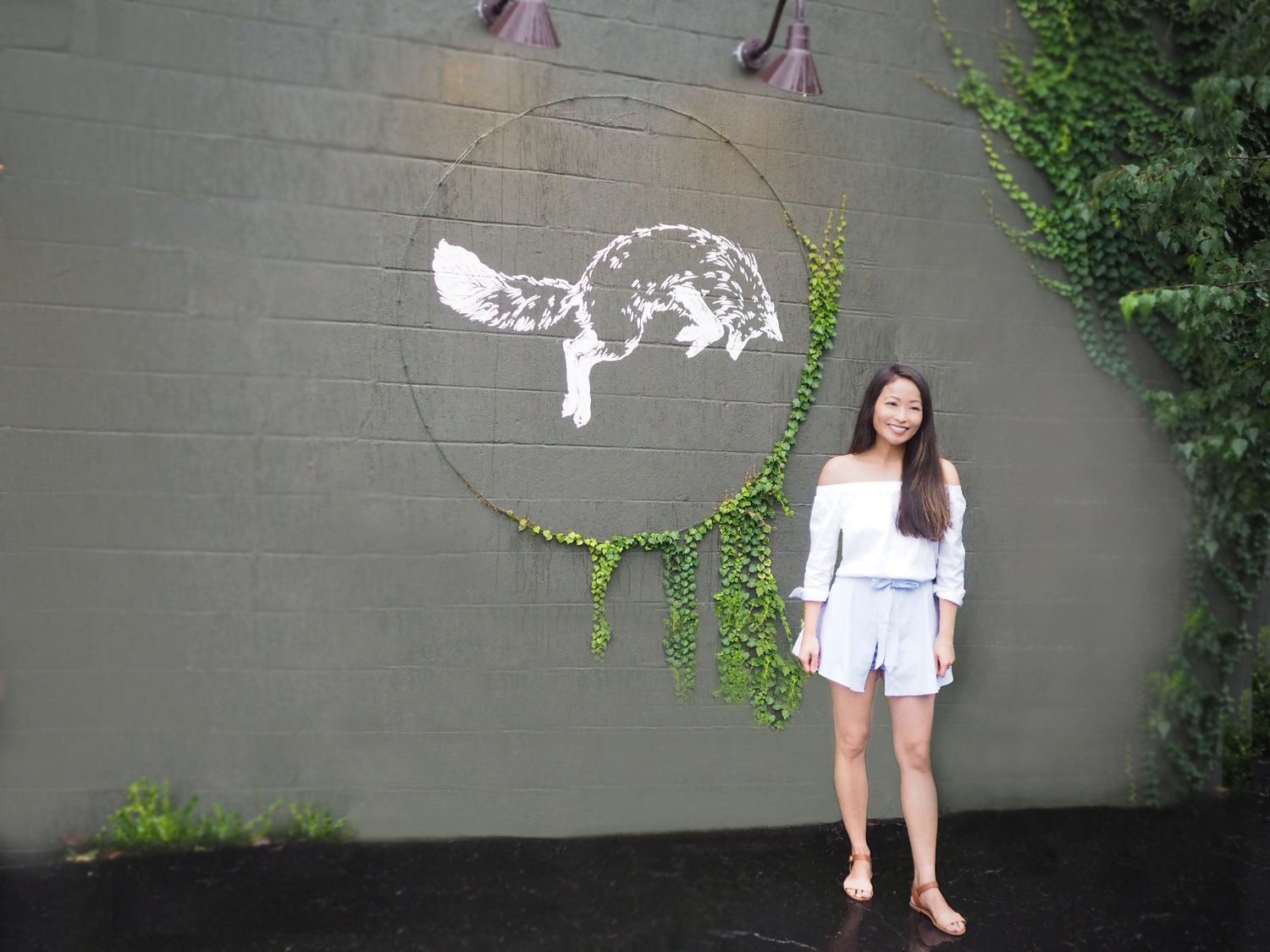 
While in Columbus, our family also drove down from Chicago and we discovered the city has an ongoing coffee tour! So my brother-in-law and I thought it would be fun to check out as many as possible over the weekend [go to four and you get a free Columbus Coffee Passport t-shirt! Yes, I know I don't drink coffee - there were tea options]. One of the stops  was during Sunday brunch at Fox In The Snow Cafe and it was by far my favorite [scroll down as to the reasons - HINT: sinfully sweet carbs]! 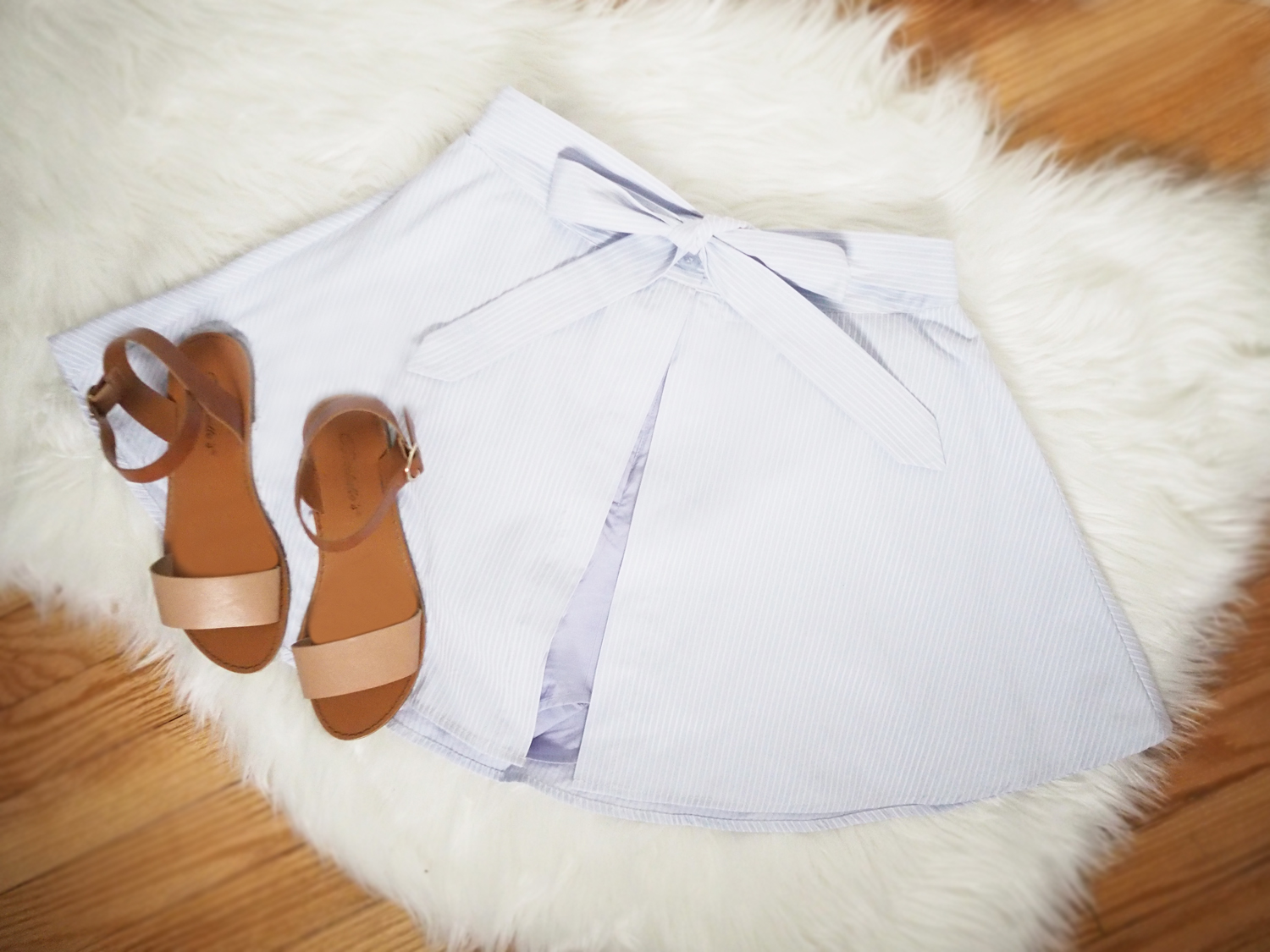 For my Sunday ensemble - I wore this After Market skort that had the prettiest soft lavender color and paired it with a winning pair of super comfortable sandals [ONLY $15! It comes in so many colors, definitely going to buy another pair]. The skort ran a little small, but the fit was acceptable. The shorts underneath are pretty thin and I think people thought I was just wearing a skirt that didn't completely wrap around. LOL 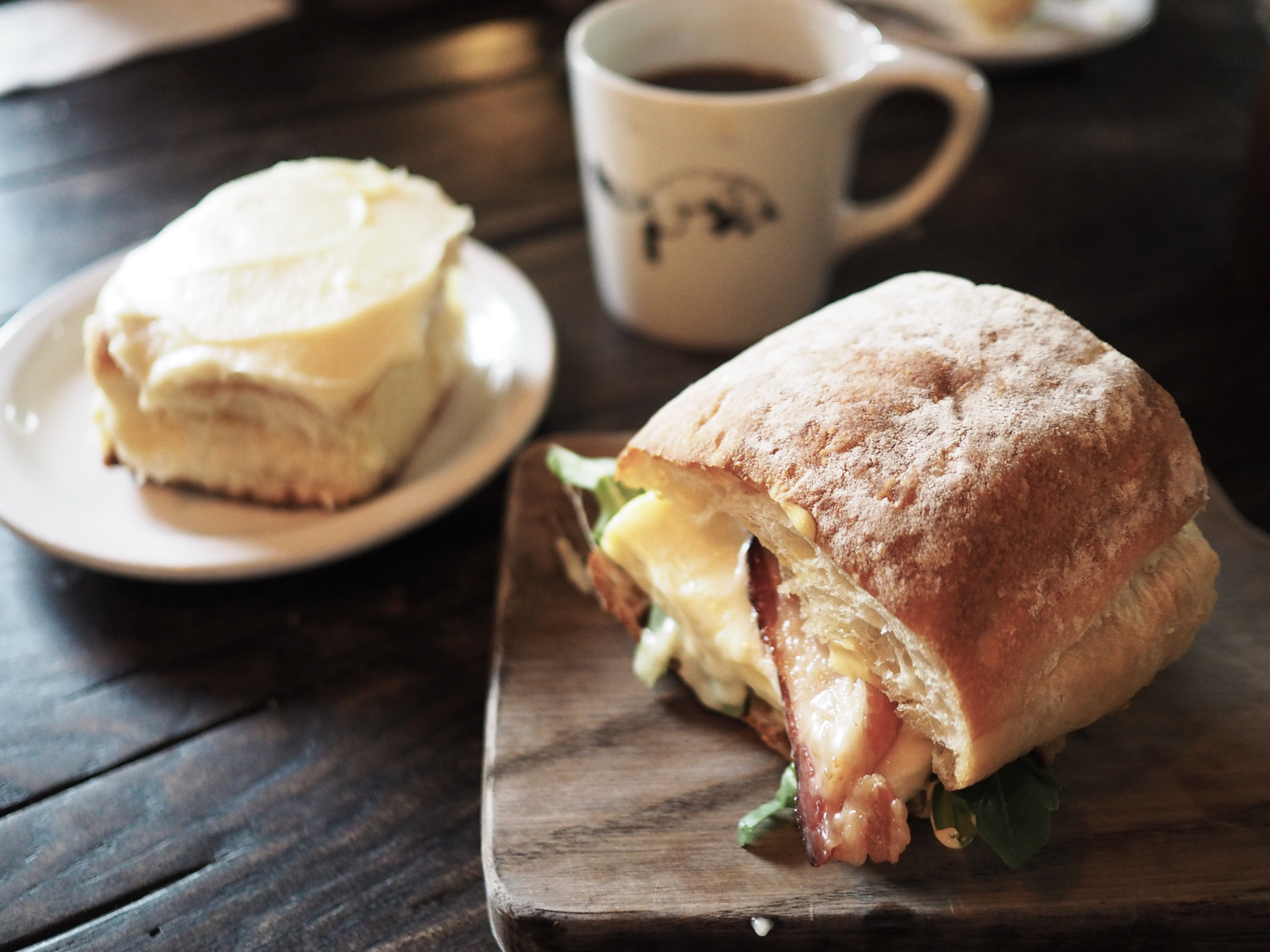 If you make it to Fox In The Snow, be sure to order their delicious egg sandwich and cinnamon roll. Even though it had dairy and gluten - I ate it like a champ [then I complained about the seriously painful stomach aches]. 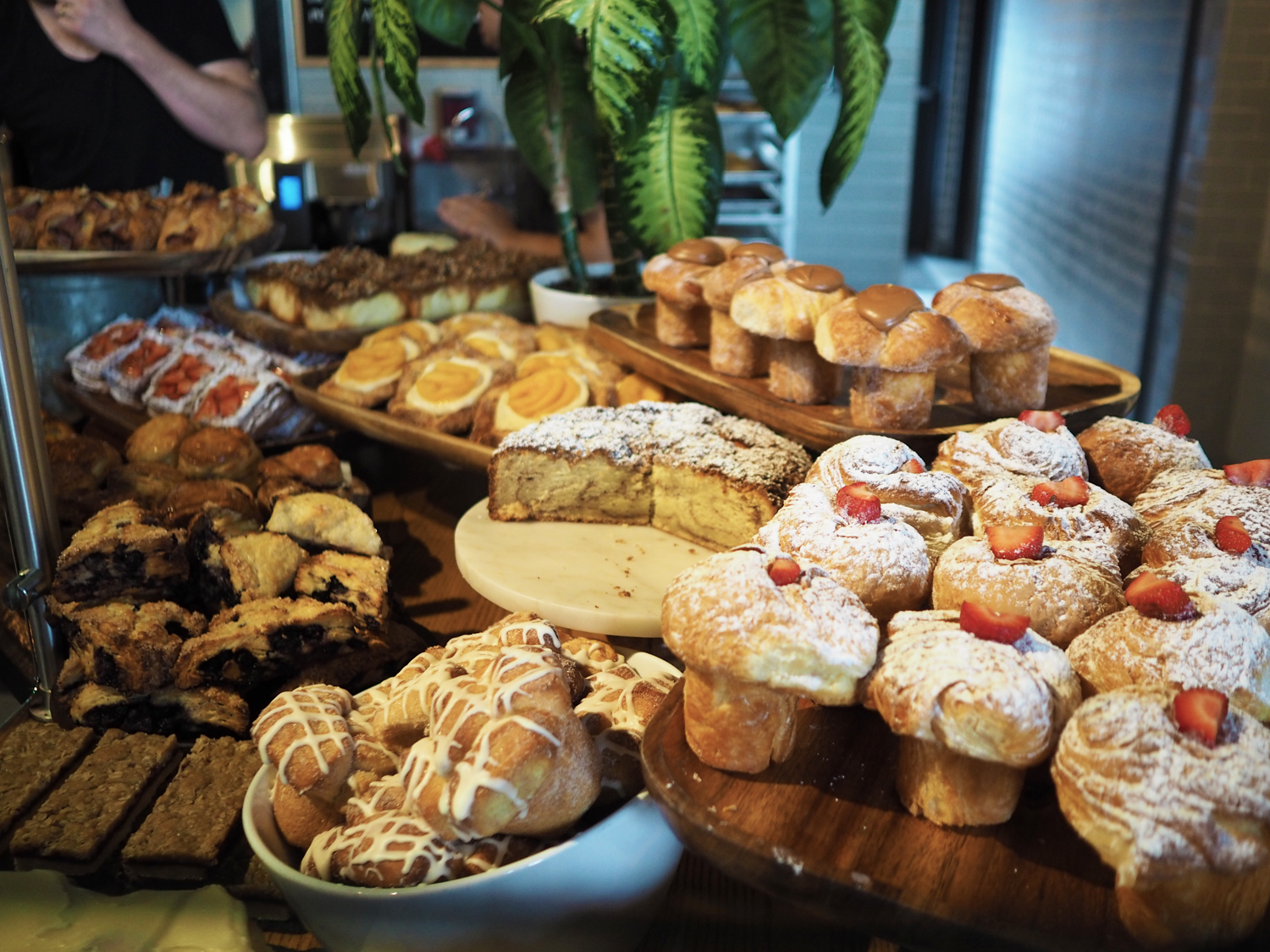 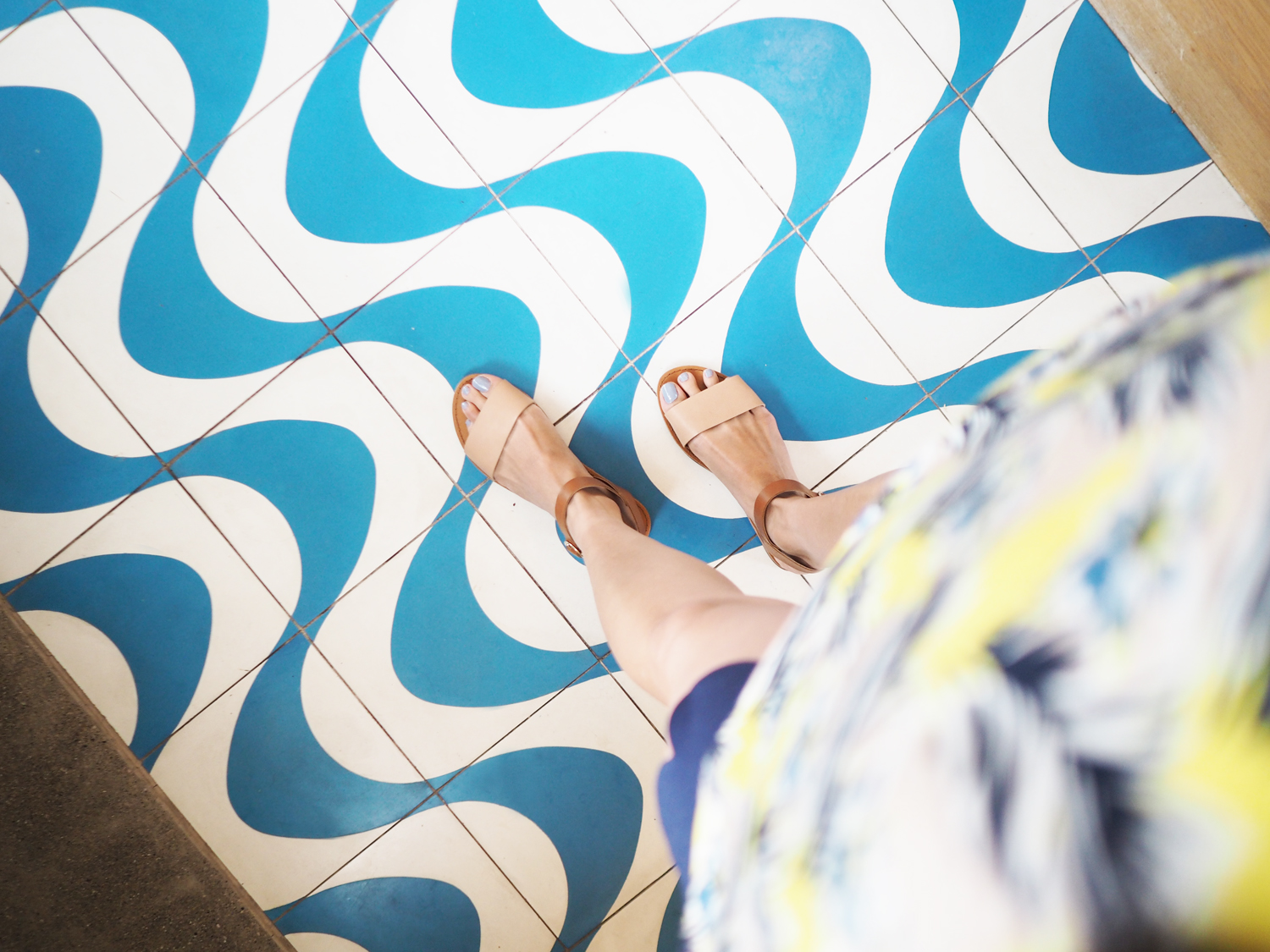 
Don't forget to also stop by Kittie's, where they serve an espresso shot with a lemonade concoction and a face cookie [it's so big that it's the size of your face, hence the name]. 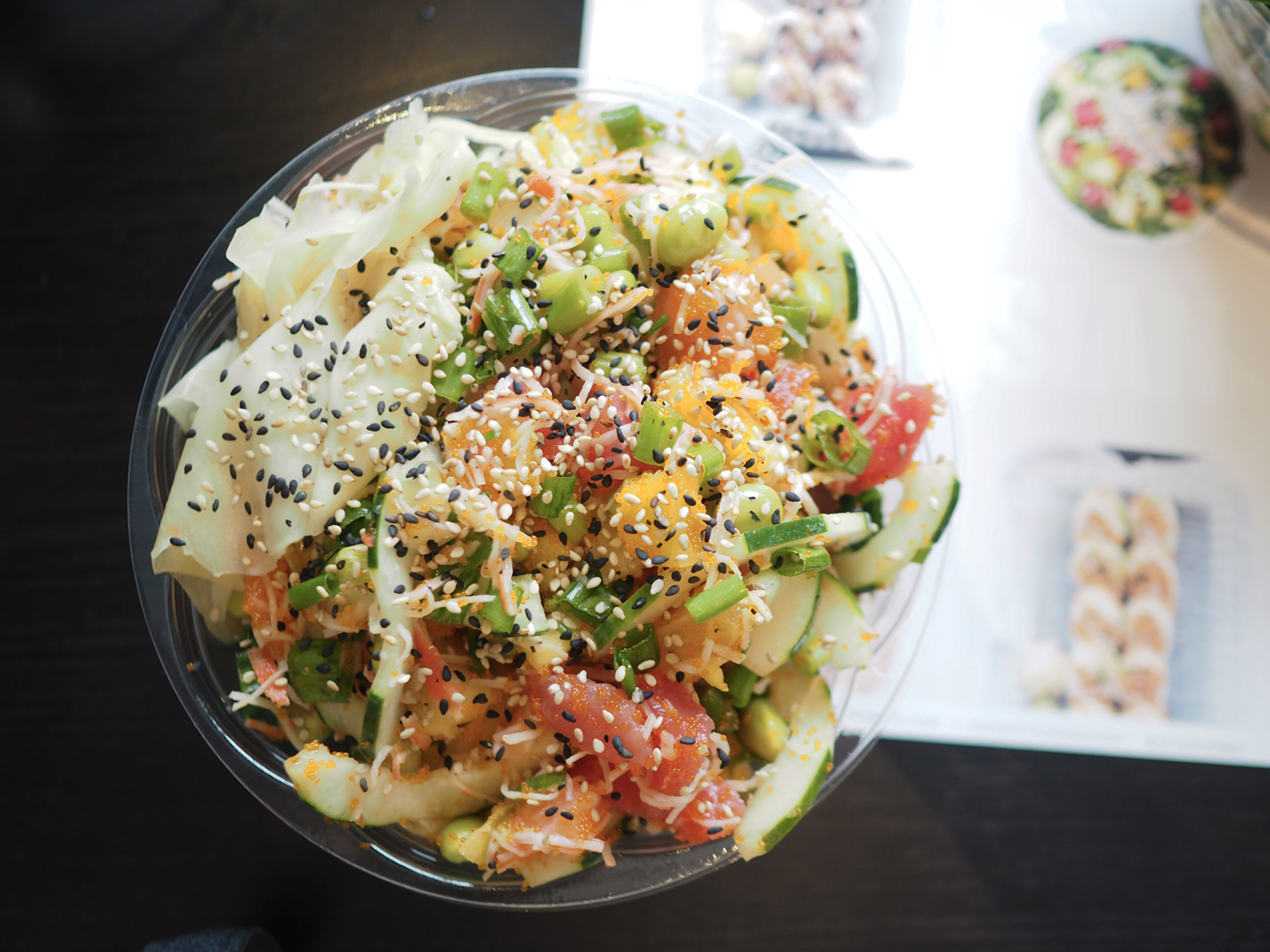 Before going to the Columbus Crew game we stopped by Fusian for a little poke nosh. This place took a play out of the Chipotle playbook and it's a build your own sushi/bowl! It was mouthwatering and so fresh! If you don't try anything else at least have the cinnamon roll from Fox and this bowl for me! 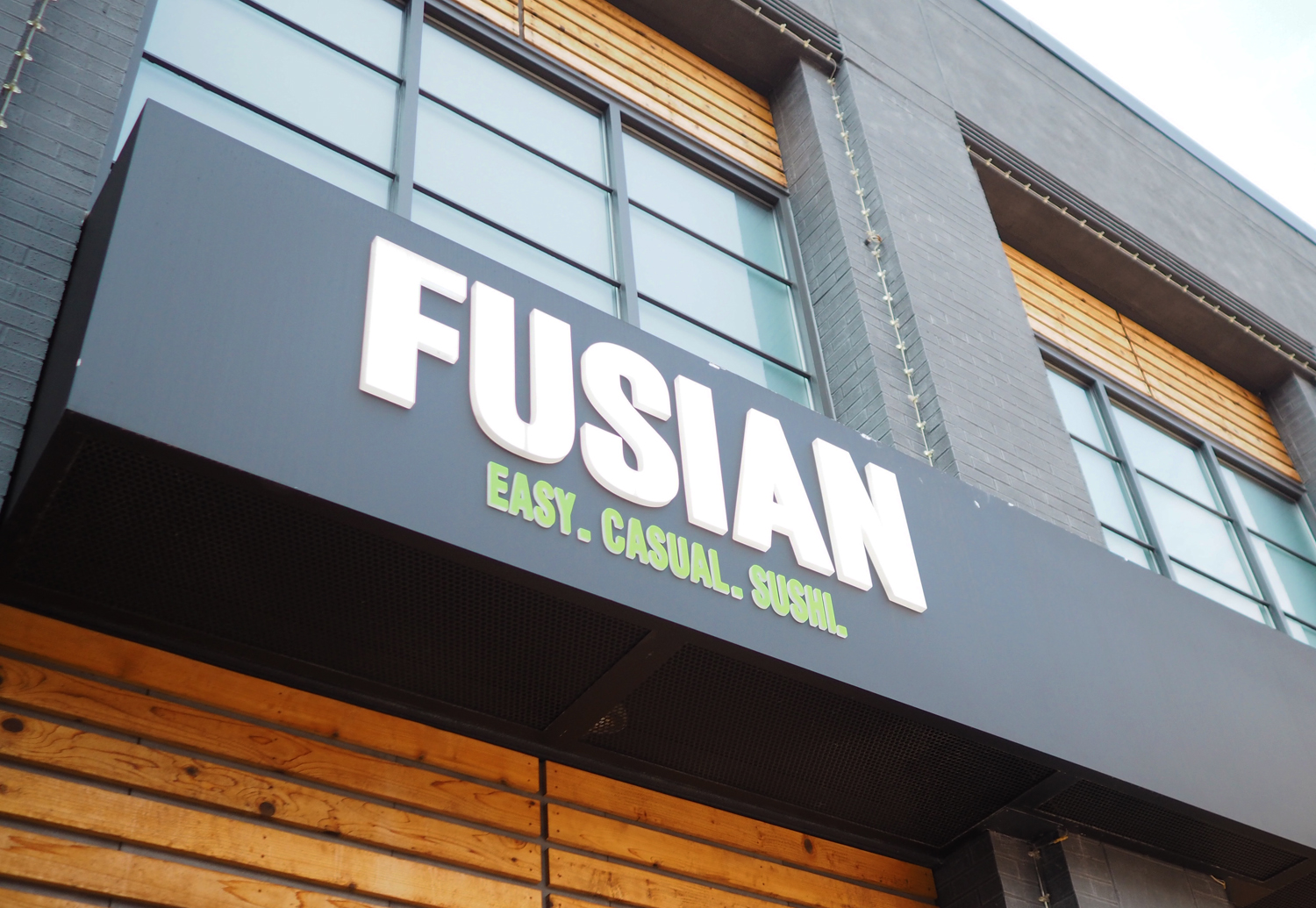