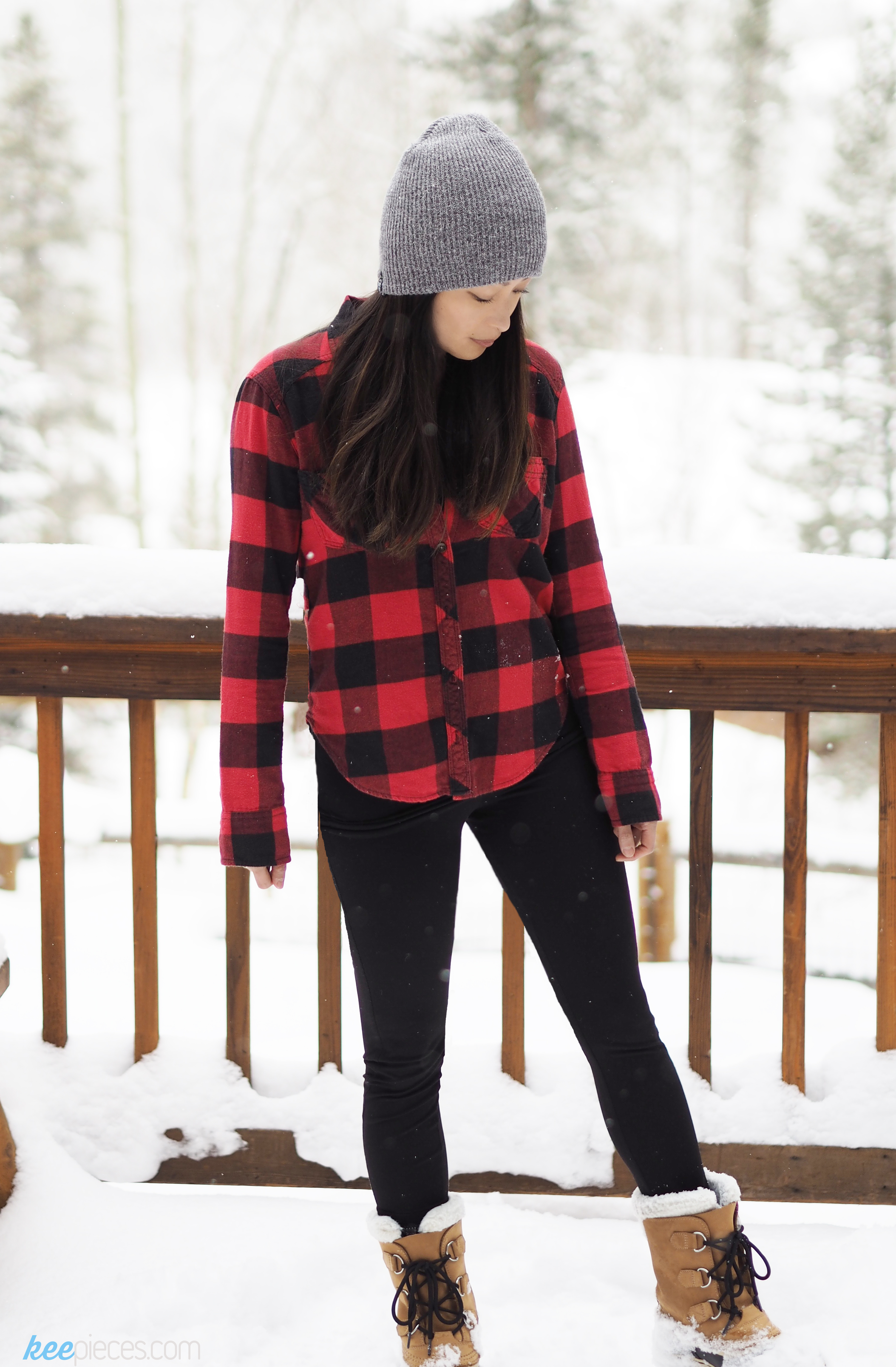 
Growing up, my family were avid skiers and would go on yearly trips to Sugar or Beech Mountain. Luckily, Aaron [hubby] enjoys the same recreational activity and we both decided that a trip to Colorado for our one year anniversary [I know, time flies!] was a must. The ironic thing about this anniversary trip is that it included our wedding party - clearly we had too much fun at our wedding that we had to do it all over again! 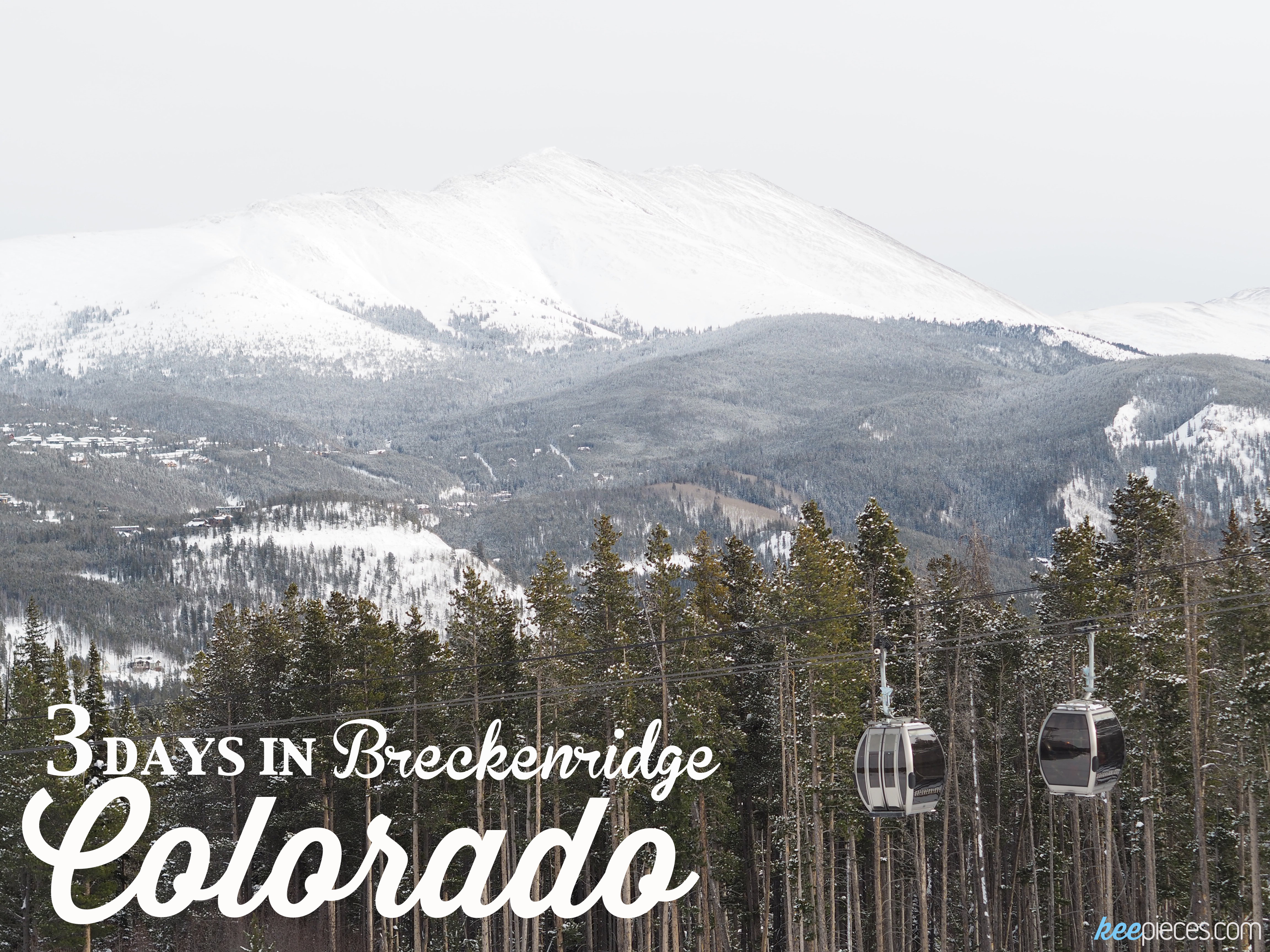 Follow KeePieces. with Bloglovin
DAY 1—We flew in to Denver early  morning and rented an oversized SUV [a MUST if you plan on driving in the heavy Colorado snow]. Out of all the ski resorts, we chose Breckenridge just because it was deemed the historic "Perfect Mountain Town" with the highest chairlift in the U.S. that drops you off at the peak. It took us about an hour and a half to get there and needless to say, I have never seen so much snow in my life! Thank goodness that I packed my Sorel boots! Its waterproof design and removable wool lining was the only thing between me and frostbite. Now I understand what they were truly made for—Colorado. It was literally stepping into a winter wonderland where it was Christmas everyday! In addition, I packed the quintessential mountain gear, my warm and comfortable oxbow flannel and beanie. 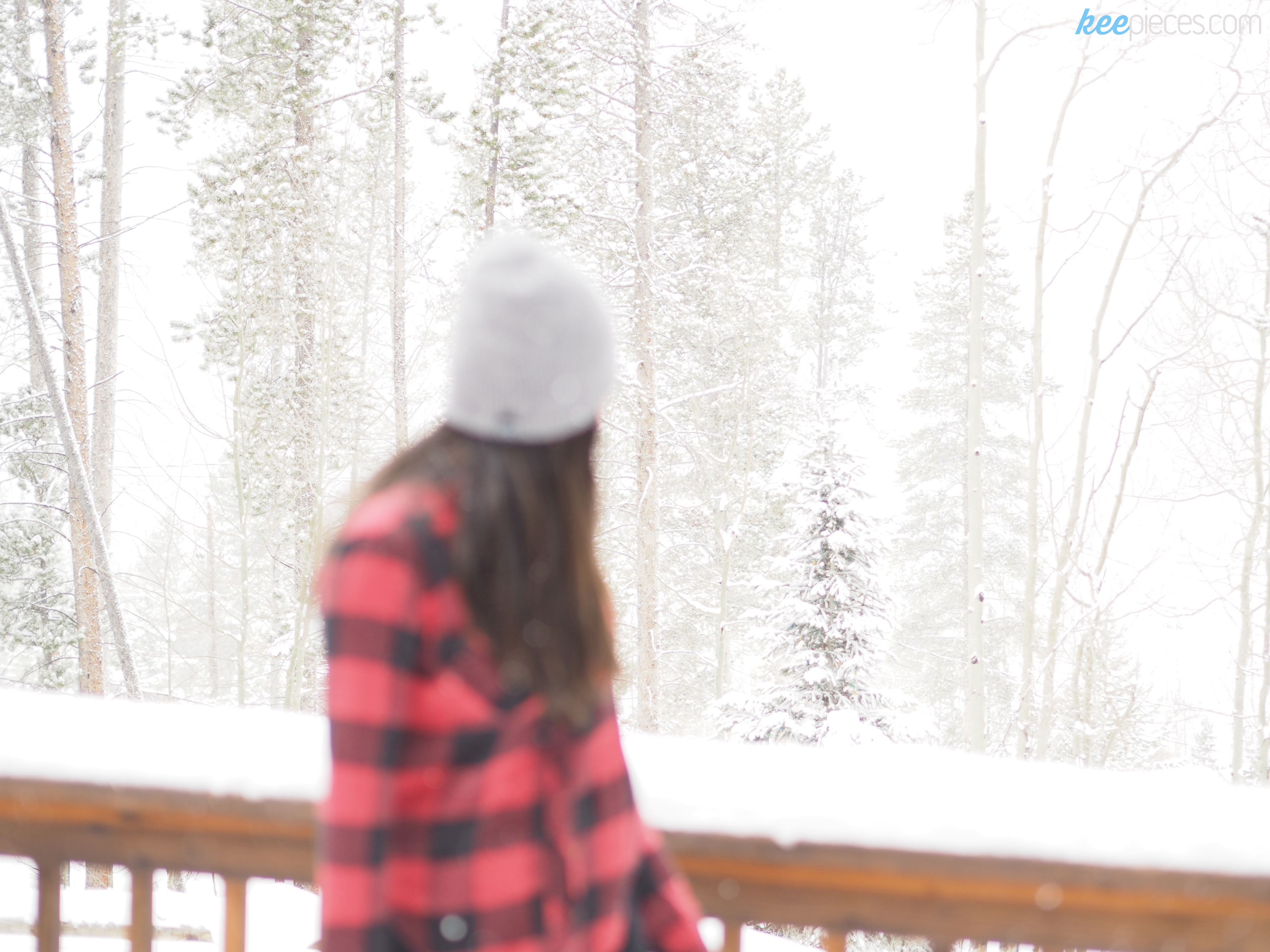 We decided to rent a cabin via Airbnb  and it did not disappoint! It was a three level home with a huge deck, hot tub, and a fully equipped kitchen. The two priorities we had for the first day was to go grocery shopping for the essentials [water, snacks, breakfast items] and get our ski rentals [we didn't want to waste our morning the next day getting fitted for boots - valuable ski time!]. If you go in to City Market [the only grocery store in town, there is a ski rental in the same plaza]. 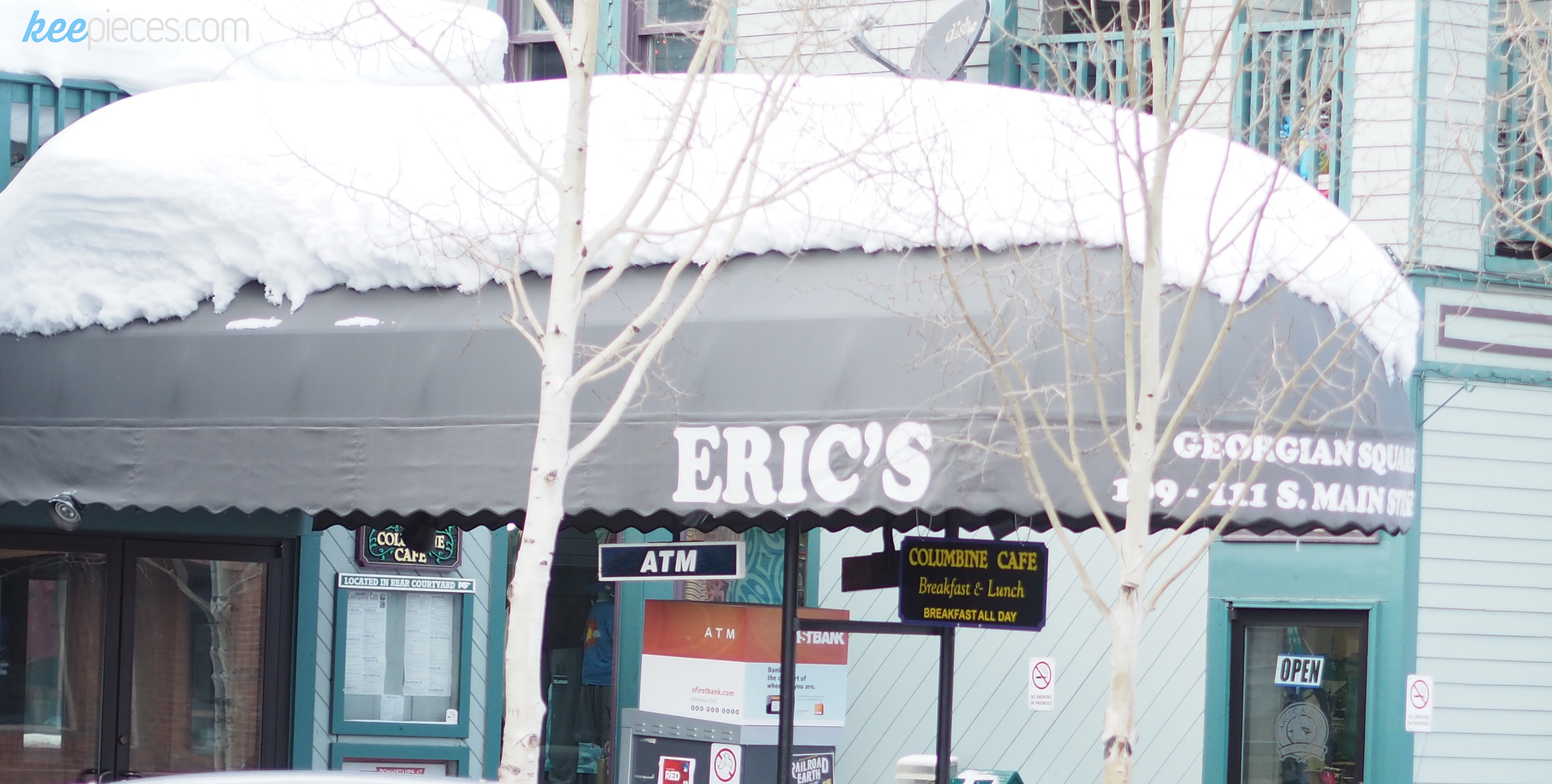 Not knowing where to go for dinner, we had no reservations [in which we found out later that most, if not all the restaurants did not take reservations]. Walking along main street, we stopped by Downstairs at Eric's for a drink and an unexpected game of arcade basketball [I beat Aaron 72 to 54, not bad for a shortie] then ended up at Modis, a beautiful victorian home turned contemporary restaurant [delicious entree of shrimp and grits and a fully stocked bar with Pappy Van Winkle to boot]. 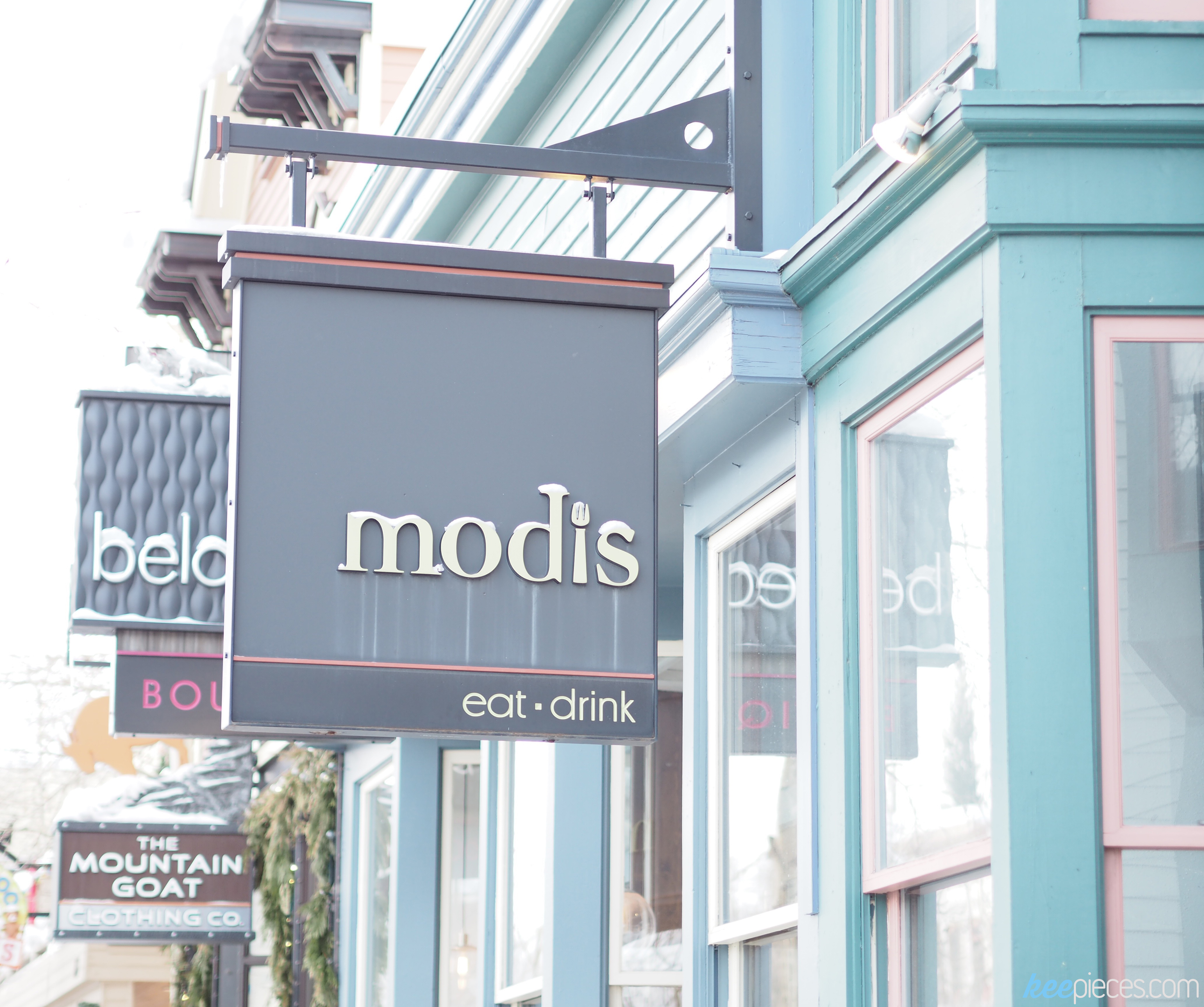 DAY 2—We were dropped off at Peak 8 fully dressed with our ski equipment at the Breckenridge ski base camp to pick up our lift tickets [buy your tickets online on the Breckenridge website - the earlier you get them, the cheaper they will be!]. We were in and out within fifteen minutes and up on the slopes in five! Needless to say, skiing in an altitude of 13,000 feet where the oxygen is thin and you're acrophobic was exhausting but fun. At one point we were only a few hundred feet from the summit of the mountain [both surreal and scary since there were only two ways to get to base camp - ski or have the snow patrol sled you down; trust me, the latter was very appealing]. We had lunch at base camp in which they had numerous options ranging from restaurant gourmet to cafeteria food.


At the end of the day we headed over to Peak 7 at the Sevens Grill to wind down before packing up. It's a newly built restaurant surrounded by the lodge and numerous jacuzzi areas [it almost looked like a hot spring]. The best part is that they serve delicious fresh waffle sticks with honey and chocolate fudge! 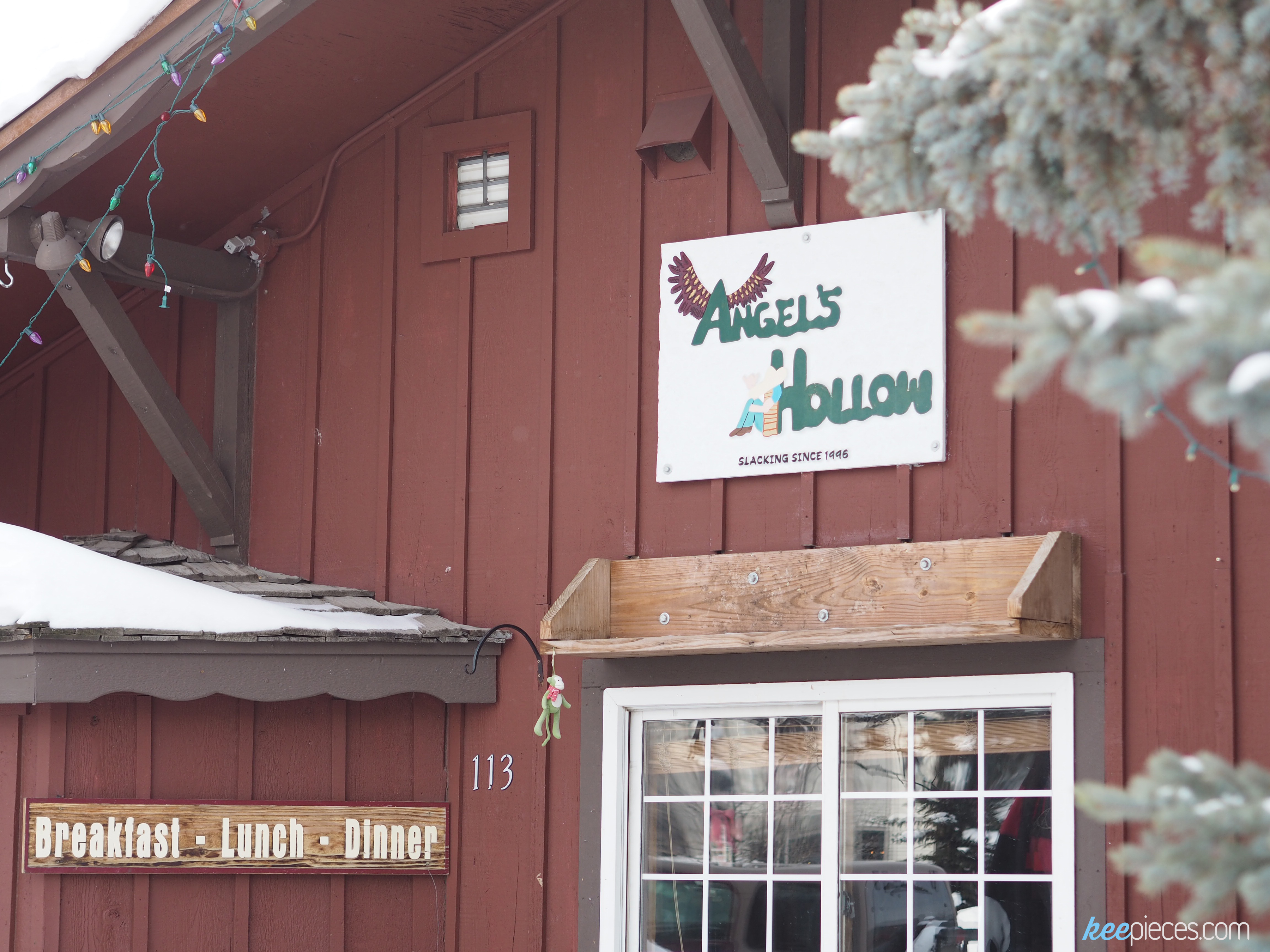 For dinner we went more casual since everyone was tired from the physical activities and opted to go to Angel's Hollow. It was a quaint little spot off main street perfectly set with icicles, pine trees, and traditional Christmas lights that boasted mouth watering fish tacos and home made guacamole [plus they make their own pita chips that I say are  a mandatory order]. 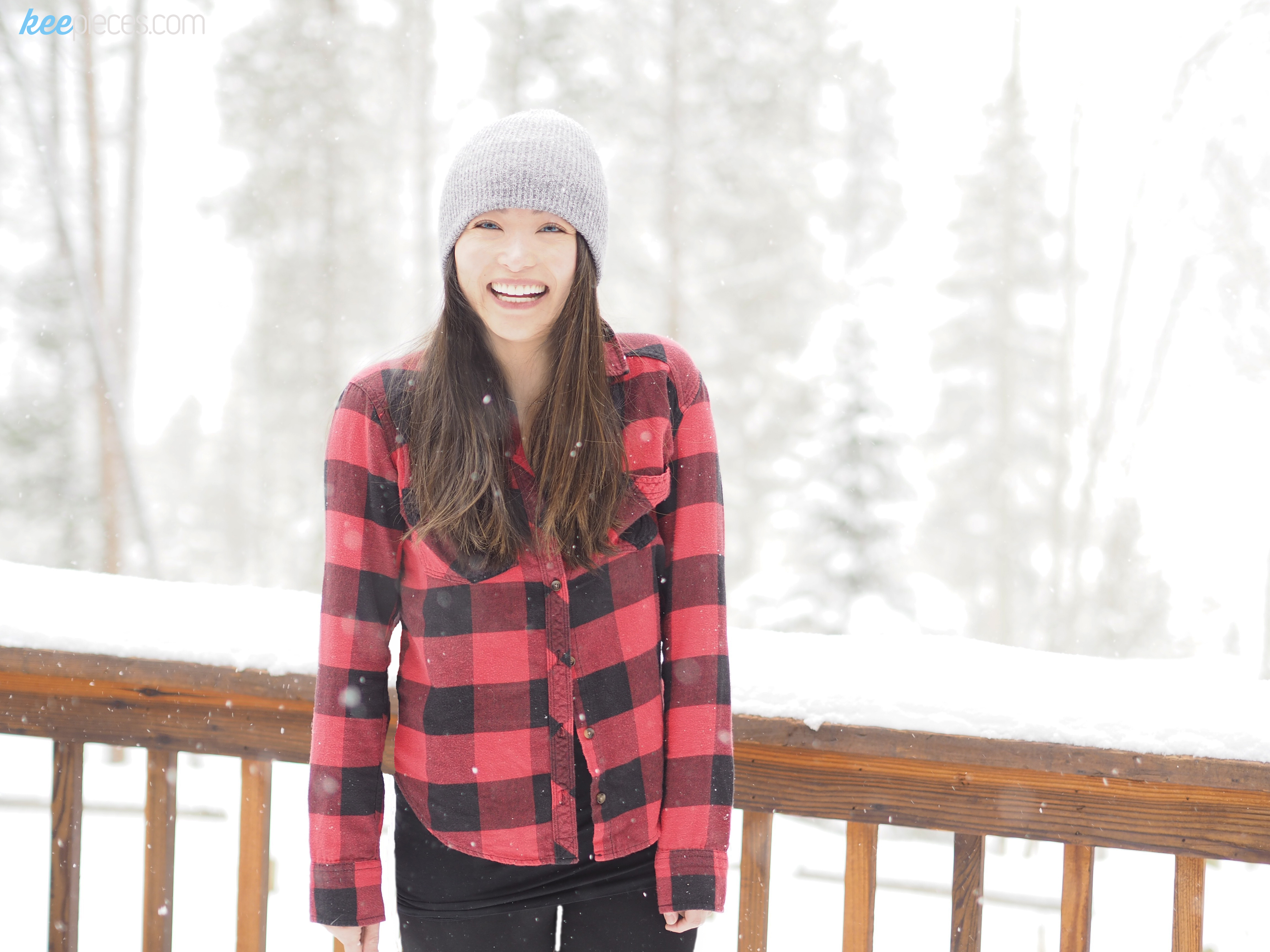 DAY 3—I decided not to go skiing and opted for the spa with the girls instead. The Soothe Spa at Peak 7 had great amenities that included a grotto [where I spent hours in], steam room, sauna, and a gym that looks out on to the mountains. It was a much needed relaxing morning. While I waited for the rest of the girls to finish, I went to town and stopped by Mary's Mountain Cookies, a place that reminds me so much of Diddy Riese, with flavors consisting of  salted caramel, pumpkin white chocolate, and nutella. Naturally, I couldn't resist but buy 6. Our last night we made plans to go to the Blue Stag Saloon. Known for their pizza, we ordered the traditional with mushrooms plus a dish of tuna poke nachos, and my favorite—lava cake.  It was by far the best meal we had on the trip.


Like any other vacation, it came to an end. Breckenridge was cold, full of eating, and one of the first of many trips to Colorado. 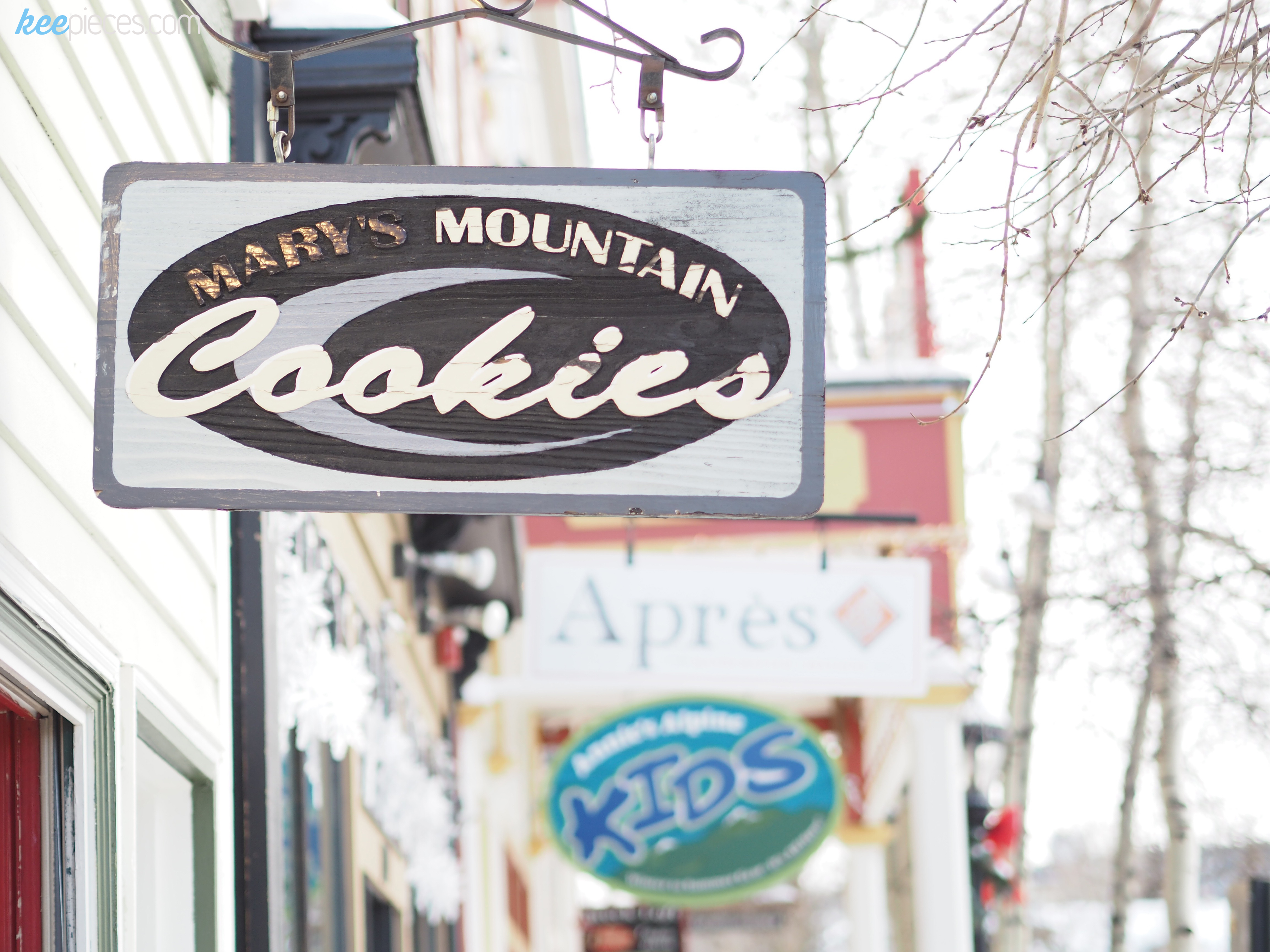 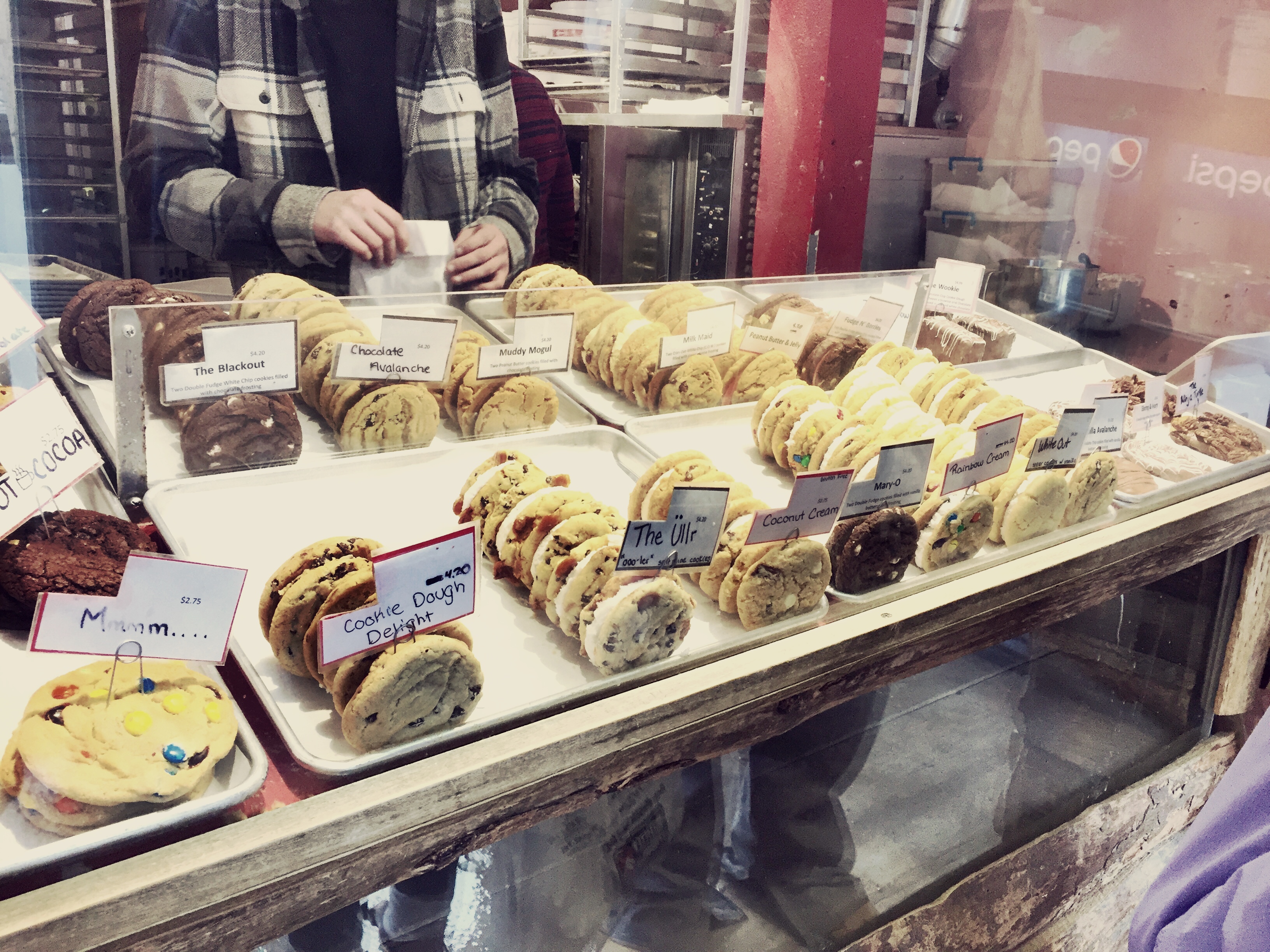 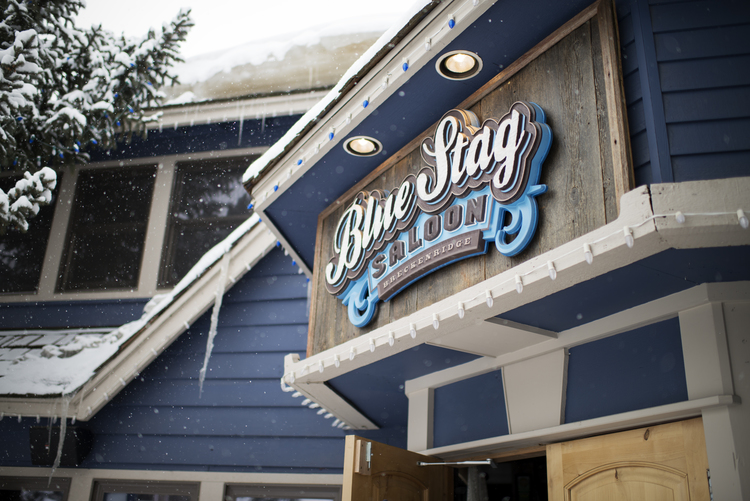